"If you ask me what I came into this life to do, I will tell you: I came to live out loud." – Emile Zola

Making Sense Out of Christmas 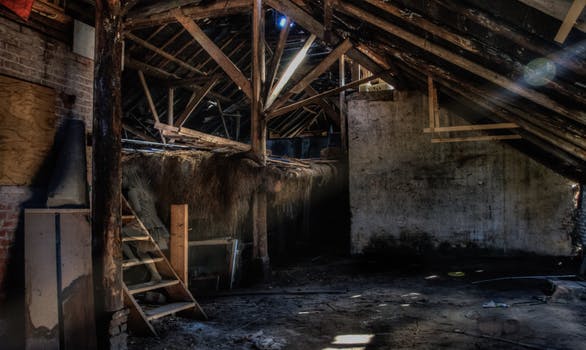 I woke up early this morning and said good-bye to our son. His ninety-six hour leave would come to an end in a few hours and he has to report back for three days before he could venture home again. I hug him and his girlfriend tight and tell them to be safe and that I love them, all the things I’m growing accustomed to saying when we part ways and moments later I crawl back to bed. I don’t have any trouble falling asleep and I wonder if I had truly woken up because sleep comes quickly and the minutes spent saying good-bye now feels like a dream.

I wake up for real several hours later and take the dogs out. The thought of heading to the barn crosses my mind but the thought of hot coffee nags and wins. I resolve to feed my miniature pig Rosie the next time I’m out and walk through the front door. My brain scans the living room that houses an incredibly dead Christmas tree and I begin plotting out my day.

It’s time to make sense out of Christmas.

Needles lace the floor and I almost cannot see the carpet. I’m not really sure what happened because I never missed a beat and was faithful in watering but I apparently missed something somewhere because evidence points to the obvious. It is dead. The tree has got to go…today.

The dog quickly finds a candy cane and then shortly after, a forgotten toy, and I feel as if I never stopped raising toddlers and somewhere between the living room and the coffee pot, I remind myself to go slow and smile because smiling is important.

I get to work.

I start in the kitchen and eventually meander my way back to the living room; sorting, unpackaging…trying to find a place for everything that was recently brought into this home. “Christmas is more than this,” I remind myself. It is more than the gifting and the eating and the cleaning.

But today it feels just like that and I am done.

An hour later, my husband comes into the house and tells me he went out to feed the chickens and found Rosie. She had died sometime between when I fed her yesterday morning and today. At first I have no words. I really don’t even know what to say about a pig I wasn’t supposed to love.

I think of our barn and how it’s housed calves, chickens, 4-H pigs and now little Rosie. I think of the smell, the cobwebs, the mice and the dirt and I wonder if moving Rosie from our home to the barn a few years was a good move. Did we cut her life short in the transfer? My brain scrambles to make sense and it can’t. Was she old in miniature pigs years? Was I feeding her enough? She was social and here I stuck her in the barn, no longer having room for her in my house. I don’t have answers so I shake my head and resolve to let those thoughts go. It will do no good to sort that out because there is no sorting. My little pig is dead.

The most random of all pictures comes to my head; a feeding trough. It’s one of the dirtiest and foulest things in a barn if not kept clean and I instantly think of how Jesus was laid in one at His birth. I don’t know why I think of this at the same time I think of that little pig, laying cold on the barn floor but I do.

I think of the packages that fill my home and the needles from my dead tree that fill the floor and the list of all the things I want to get done and thoughts of my son still flutter through my head. I look around the kitchen at my husband and kids. They sit, both quiet and compassionate, waiting for me to respond terribly with tears, but I don’t. It would be awkward to cry over a little pig and I do awkward enough.

This is what I tell myself.

And here all along, Jesus was reaching into me from the barn, reminding me there is no normal to move on to. He was trying to show me what Christmas really is: Love comes in unexpected ways and in unexpected forms. Jesus, the baby in the manager who I now call my closest friend, reminds me to open my heart wide; unbiased and unrestricted. Hours later I give myself permission to cry, even if just for a little and I wonder if the Innkeeper had known who Jesus was if he would have given him more than just the barn, more than just a feeding trough, more than…

So I choose today to not put Christmas away. I choose to stay focused on my family as I walk around the clutter as needles cling to my feet. I choose to allow my heart to relentlessly love who and what it loves, to be surprised when the unexpected stranger knocks on its door and to embrace the unsuspecting.

One thing we should never have to do is apologize for our hearts.

August is a seeker of intensity: intense relationships, intense living, and intense love. Her ability to take the mundane everyday tasks and discover the life gem is a gift that she shares with her words. Struggles that most people choose to keep private, she exposes in a way that is encouraging and sometimes comical. She’s a Mama of five and states with great sincerity, “Motherhood is my greatest accomplishment in life.” Life’s been a little upside down and out of sorts for her and her family but they are trying to find their way and navigate a new normal. When she’s not behind the helm of her boat, you can find her with a good book in her hands, playing or training the Seeing Eye puppies she raises or contemplating the fact that she still buys running shoes for a race she no longer trains for and enjoys being in bed by 9:00 PM. She works at a local Beer Stube for fun, enjoys talking to people she doesn’t know and struggles doing things because she should. Like Church, which she is quietly figuring out. Want to know something that most people don’t? She hates camping, even though she used to camp all the time which is crazy since she also loves being outside gawking at clouds, and spending the day on the water. Jumping bugs and mean people aren’t her thing but coffee and shopping definitely are.

Faith, The Whole of ME

One thought on “Making Sense Out of Christmas ”